Success for the Summer School “Made in Italy/Made by Italics”

The “Made in Italy / Made by Italics” Summer School, realized thanks to the cooperation between the Department of Historical Studies of the University of Milan and Schola Italica, is successfully starting to conclude , with the relationships of important personalities, exponents of Italianness in the world. Ticinolive interviewed Professor Davide Cadeddu, scientific director of the Summer School, and Doctor Rodrigo Rodriquez, managing director of Schola Italica.

Schola Italica and Department of Historical Studies. A collaboration that is proving to be very fruitful: when and how was it born?

Rodriquez: «As part of the Italics project, which takes its cue from the small and dense book Let’s wake up Italics! by Piero Bassetti, Schola Italica aims to develop and implement training models for the promotion of Italic civilization in the world. The intent is to create a synthesis between humanistic and professional training that allows the participants to acquire the cognitive baggage of Italianness, which can be spent in different professional activities. The first initiative is this Summer School, conceived and proposed by Professor Davide Cadeddu, which does not specifically address carriers of certain skills, but to people interested in the topic.

The fact that thanks to Professor Cadeddu it was born as a collaboration with an authoritative institution, like the Department of Historical Studies of the University of Milan, gratifies us. Furthermore, it constitutes a unicum, due to the high level of the teachers, the teaching method used, mainly interactive, and the particularity of the message, which expresses the will to spread a new and ambitious concept».

Cadeddu: «The collaboration between the Department of Historical Studies and Schola Italica was born out of a common attention to the problem of identity. Schola italica aims to reflect on the Italic identity of the world and identity is based on characters that are eminently historical. We could say that identity is history in relationships, and history generates identity. When we talk about identity, we talk about history, in our specific case not only of Italy, but also of the influence of Italian culture in the world».

Professor Cadeddu, how can history relate to the Italy of the present and above all of the future? What can we keep from the past in relation to the near future?

Cadeddu: «The past can be alive, just as it can be dead. The past takes on life when it is narrated, and it is in various forms, which we could define, on the sensu side, all historiographical, whether oral or written. We are made of history and therefore, necessarily, when we consciously or unconsciously plan the future, we draw on the baggage of our past, both as individuals and as a community. The experience that distinguishes each individual and characterizes every dialogue that the individual makes with his neighbour, telling him what he has done or what he wants to achieve, can correspond in certain terms to the reflection that, at the level of the cultural community, is realized publicly through historiographical works».

Doctor Rodriquez, Schola Italica has a Latin name and palatine Carolingian and a Latin epithet, even Virgilian. How does classicality relate to your educational initiative?

Rodriquez: «More than classicism, I would speak of humanism, the moment in which the Italian Renaissance put the immaterial values ​​of the person at the centre. Schola Italica is connected to a concept that is not immediately understandable, which is precisely that of Italic identity, which is embodied in the Italian way of life.

And to connect those who carry that identity, of that “civilization”, we are building a digital platform, the Italian Net, which aims to network all the realities, people and institutions, regardless of where they are and their passport , to arrive at a permanent communication – which already constitutes an element of circulation of the values ​​of Italianness, but also to give rise to links between different experiences and commercial relationships.

I take as an example an experience of about 10 years ago: Piero Bassetti had already sent his message, when the president of the Chamber of Commerce of Caracas had the idea of ​​trying to make a connection between all the people living in South America who spoke Italian. The initial idea was a newsletter and a mailing list that he managed to build by involving the other Italian Chambers of Commerce and Embassies. Thus, within a few years, a series of predominantly commercial collaborations between Italics from Spanish-speaking countries were born».

The summer school is having a remarkable success, also thanks to the variety of interventions. How would you define this experience in a motto?

Rodriquez: «Venice as a world reference point for Italianicity». 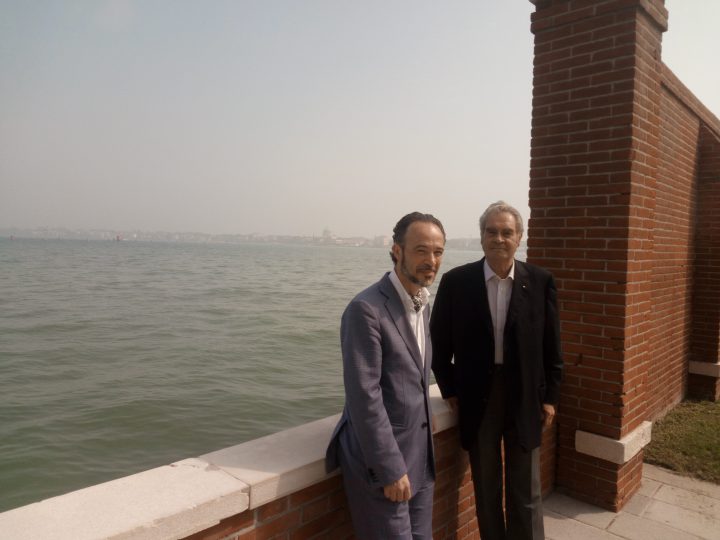